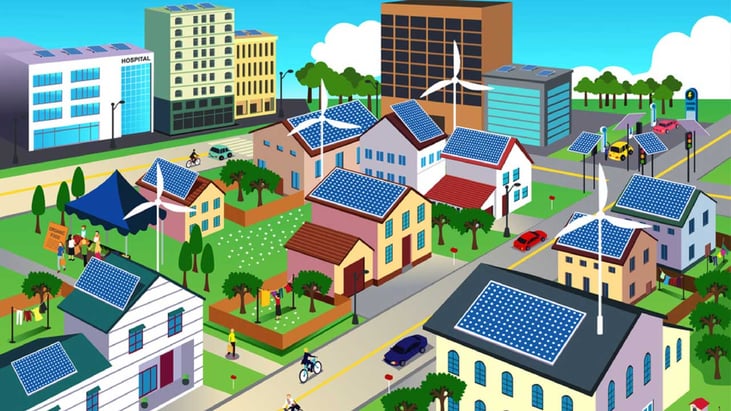 Neighbourhood Planning “revolutionised the planning process by taking power away from officials and putting it into the hands of those who know most about their neighbourhood – local people themselves” - so said Greg Clark, Minister for Planning and Decentralisation about the Localism Act in late 2010. He may have hyped it a bit - it was the launch of a key “Big Society” policy, after all - but it seems that Localism is here to stay. How we can make the most of it?

The Localism Act gives powers to local groups, parishes and towns to embark on a democratic process in which all the community can participate to shape the future of their locality. A Neighbourhood Plan eventually needs to be ratified by referendum requiring 51% support to be adopted. But there is a big difference between the formality of a majority and actual legitimacy.

To gain legitimacy, we as community leaders, neighbourhood planners, parishioners, and local councillors must focus on the engagement process. Localism is not about what the 10% of the population want to see done locally, it is about what the community as a whole needs. We must aim to engage with at least 50% of a neighbourhood’s population to be widely representative and legitimate. It is not an easy task but this is the challenge of truly democratic neighbourhood planning.

The widespread embrace of technology and the web offer a way of augmenting traditional local democratic practices. Organising local events, leafleting to promote your project, door knocking are all tried-and-tested methods of engagement; they work, but not for the whole community. The younger generation don’t even use emails anymore to communicate, they conduct their lives on social media. Yet the development of their physical environment and local services are as real to them as to anyone else. They are unlikely to attend local planning meetings or a local community events - never the typical haunt of the younger members of the community. Then there are people working long hours or shifts, single parents, and others who don’t have the time, for one reason or another, to attend consultation events. Many who do attend do not say all they might want to, for fear of confrontation or being contradicted and feeling uninformed. Technology can play a crucial part in reaching the voices of people in these situations.

I want to focus here on a class of specific tools for engaging around place-making. A simple example is “Fix my Street”, a reporting tool that brings the public in as informants on faults in the public realm, and gives councils a chance to respond. Our own map-based digital platform, Commonplace, goes several steps further in enabling interaction.

Commonplace provides neighbourhood planners, parishes and town councils an open platform to engage the whole community in the local decision making. Most people feel some attachment to their neighbourhoods - maybe even love - and want to get involved on some level in making their neighbourhoods a more desirable place to live, work and play. But they can get involved only if they know how, where and when; their participation must be facilitated to fit their convenience.

The Chair of West Hampstead Neighbourhood Planning Development, James Earl, said “Commonplace has been an invaluable tool for the Fortune Green & West Hampstead Neighbourhood Development Forum. The project has really helped our engagement work connecting with those not reached by previous consultations ­ and providing a highly visible and eye catching record of the results. The comments submitted will inform the content of the final draft of our Neighbourhood Plan ­ which we hope will be approved later this year. We would wholeheartedly recommend this tool to other communities engaged in neighbourhood planning.”

Using Commonplace, residents can see what others are saying about their streets and neighbourhood. They can interact with others’ comments, share them on social media and have their voice by adding a comment of their own using any web enabled devices. This ultimately facilitates open and inclusive conversation about the neighbourhood.

This openness and inclusiveness of Commonplace and other digital tools both benefits the neighbourhood planning process and enhances its credibility. This can lead to greater trust between the community and the local leaders and may lead to more collective local participation to enhance the social, cultural and economic aspects of the neighbourhood.

Digital tools also save time by acting as a consolidator of evidence. Tools like Commonplace make data easily read and understood at a glance through dashboards with which you can keep an eye on the engagement level by monitoring the real-time progress of participation.

Digital tools if adopted early on in the process, can not only improve access to the planning process, but also be a valuable repository of comments and evidence, and platform for two way communication.

Slow down to speed up: How planners think that approval can be sped up

Budget blog: the opposite of attrition is trust