Summary of the first Insightful Places event hosted by Commonplace 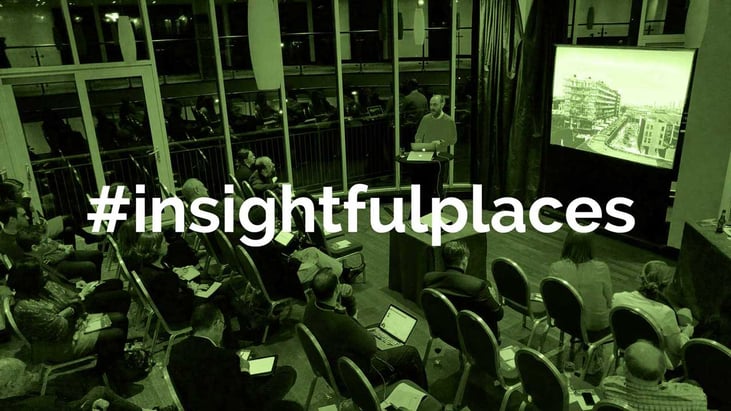 Much of the hype around Smart Cities surrounds the ability to monitor places automatically; use Big Data technologies to derive insights, and then apply the information to operational solutions and to planning. But what data do you need to describe a place, is it about the fabric or the people? Do we need more data or better data? Three speakers and a lively audience tackled these key questions.

Tom Cardis, responsible for planning strategy at the Old Oak and Park Royal Development Corporation gave the long view, and the dilemmas that come with it. His team of 15 are charting a course for a huge swage of West London to be developed in the next 30 years. They will locate homes for 55,000 people to live in; a new railway station the size of Waterloo and five more plus sustain infrastructure for 60,000 or more jobs. They aspire to make the area liveable while not really knowing what technologies or aspirations will prevail in the decades of the build, let alone decades after when people will lived in the spaces they are now helping to form. Tom was candid about this dilemma and made some striking observations. The first was about trying to in-build flexibility into key elements. Can we, he wondered, not decide on the road grid - as we do not know how people will want to move about once the district is populated. Similarly, can we use data on electronic payments in retail outlets to figure out where to locate more capacity? Can we gain insight into how to shape the future by speaking to those who will live in it - schoolchildren in the communities surrounding the district? These are all ideas for finding new kinds of data that are being tested by Tom and his team. 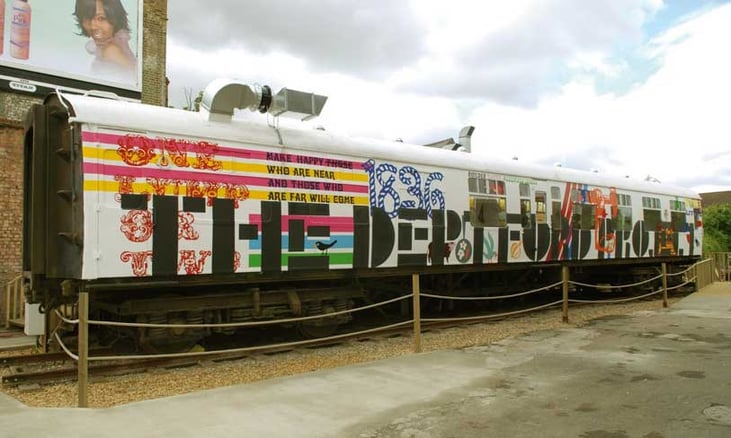 For a development in Deptford, U+I placed a railway carriage on site - in the five years it was there the carriage operated a coffee shop facing the high street, and the staff were specifically trained to ask clients about their thoughts on the development site.

Martyn Evans (@martynuandi), Creative Director at developer U+I, echoed and amplified the call for new and better data. He argued that his industry was a consumer good industry, yet lagged desperately behind other industries such as food and drink producers in understanding its clients. The arguments as to why this is fell into three groups -

The third speaker of the evening was Andrew Collinge (@AndrewCollinge) of the Greater London Authority, whose brief includes the major open data project, the London Data Store. Andrew widened the scope of the discussion by pointing out that services are a part of placemaking, and that data needed to serve improvements in people-centred services as much as shaping the built environment. His observation echoed Martyn’s about the lack of data to support decisions - perhaps service managers just like developers have been focusing on structures rather than individuals. Relating this issue to data sourcing, Andrew came up with a beautiful metaphor - “What we need now is data about the individual’s journey, not data about the carriage they are travelling in”.

This approach would mean changes to the way the the London Data Store has operated for the last few years. Obtaining more dynamic and individual-level data would require tapping into new channels - mobile phone use data, for example. With that would come a real challenge to make individuals aware of data security issues - both the safeguards that are in place when data is collected and aggregated, and the risks that remain.

Data needs to be aggregated across boundaries - and while Andrew focused on Borough boundaries, the same will apply to service-provision silos, as well. Individuals live lives that travers local authority boundaries, yet the data is collected by individual local authorities about what happens in their territory - to go back to the metaphor, it is bound by the “carriage” rather than tracing the individual. Andrew also argued that new frameworks will need to be developed for exploiting data, where policy makers and private sector entrepreneurs could use data to develop new applications. It is not enough to “hang the open data on a washline” and hope that software developers will pick it up in useful ways. “we” said Andrew (I assume referring to strategic authorities such as the GLA) will need to be far more prescriptive about what we want to use data for - impacting on both collection and the direction of data use.

The audience raised some key points: A member of Cambridgeshire County Council lamented that the role of local politicians was marginalised by increasingly prescriptive development goals, cutting off a channel for public voice.

Another participant, a software developer working in games and virtual reality cautioned against thinking that software had the holy grail for effective decision-making - there is, they said, a circular, symbiotic relationship between developing the place “Brief” and offering solutions, and managing this process well may benefit from good visualisation, but will not be replaced by virtual reality. We need to be “meaning driven, not data driven”.

For Commonplace, the evening was encouraging and challenging: there is clear demand for our unique process of turning sentiment into data. It was gratifying to be referenced by the speakers (two of whom are active clients) and by the audience. The opportunities are huge: all speakers were emphatic that designers and steward of places and services need better connections with individuals. We’d love to hear readers thoughts on making these connections in general, and using Commonplace in particular.

THANK YOU to our team, our speakers and audience, and to our partner in organising the event, Future Councils. Future Councils is an online publication devoted to worldwide innovation in local government, and is led by its Founder, Louise Page-Jennings.

Neighbourhood Planning Bill to speed up delivery of new homes