Commonplace was selected by the London Borough of Lewisham to deliver insight into what residents and visitors to Catford think about the area at present, and how they’d like to see it change and improve.

Catford is located in South London and is a fairly traditional town centre with a mix of high street retail, a 1960’s covered shopping centre under a brutalist-style housing estate and some significant public buildings including council offices and a theatre. The South Circular Road carries significant traffic and both serves and severs the area, which is also served by two railway stations - Catford and Catford Bridge. 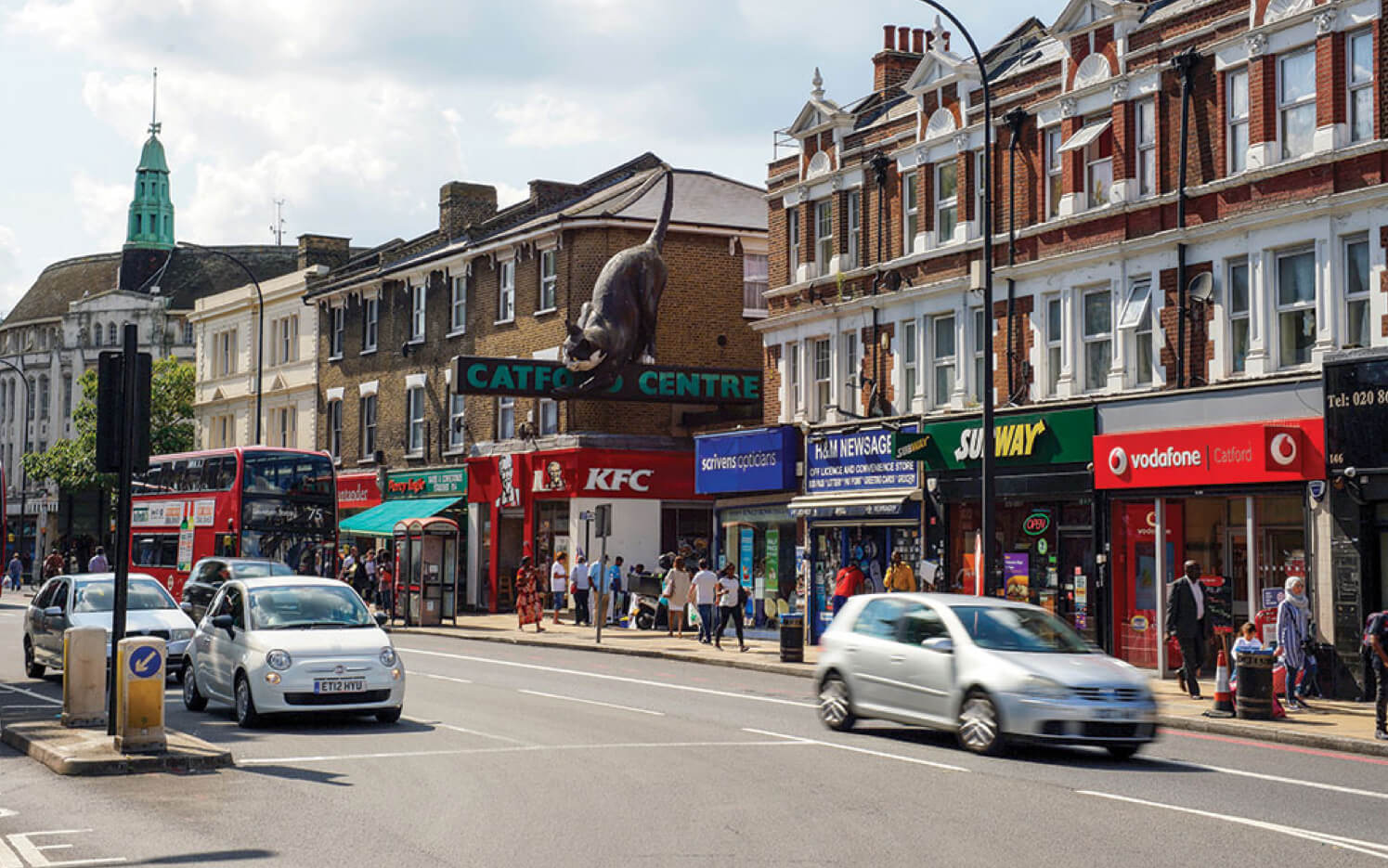 Commonplace started work over a year before it was planning to appoint master planners to consider the regeneration of Catford. The council wanted plenty of time to gather information and were keen to use Commonplace throughout the whole consultation process as a key communications too.

Having an online community engagement platform meant they could prepare local residents and communities for change and build a greater sense of local identity, focus and engagement over the course of 18 months.

During this period, the council soft-launched a local brand, “Team Catford”, using it within Commonplace and gradually developing a presence through logo, colour scheme, a separate Team Catford website and an ongoing series of local events.

"Commonplace has enabled us to reach thousands of residents and helped us better understand what they like about our town centre and what they'd like to see improved. It is also a popular and useful communication platform for sending out news and animating conversations. It has assisted us in promoting a sense of local identity and in building trust through Commonplace's openness. "
Deborah Efemini, Central Lewisham Town Manager

Lewisham Council uses the Commonplaces ‘News’ feature routinely, building up a base of over 700 subscribers. The “Team Catford” social media accounts were used to disseminate comments collected using Commonplace and encourage referrals to the site - there have been over 2,400 referrals to Commonplace from Facebook.

The News platform is used to advertise local events, markets, cultural activities - as well as face-to-face engagement activities such as “Young and Vocal”, targeting young people. It has also been used to create a feedback loop with items summarising key issues emerging from Commonplace comments. 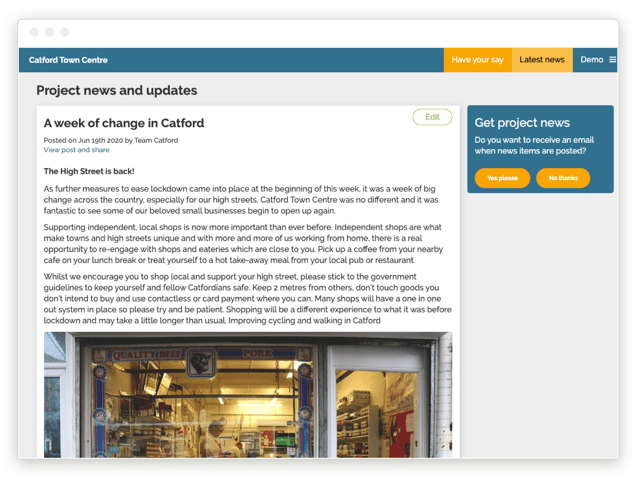 After running Commonplace as a digital-only engagement for six months, the council appointed a local communications firm to run local events, prepare videos and target groups that were less engaged online. The combination of the web presence through Commonplace and local events has been hugely effective in achieving the entwined goals of building local engagement and gaining insights into current issues and future aspirations.

The Commonplace Heatmap was launched in March 2017 and remains open to comments (as of July 2020). There have been nearly 23,000 unique visitors to the site, of whom 14,000 engaged with content. Of those, about 1,600 respondents have made contributions. There are a total of 12,500 contributions to date made up of comments and agreements. 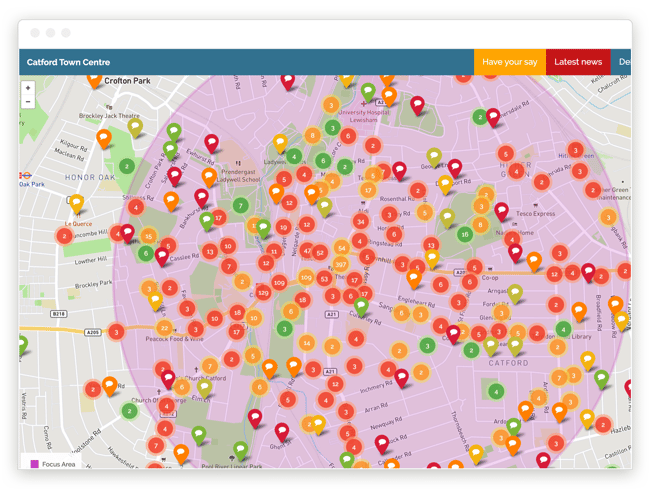 The number of people who have engaged with Commonplace compares very well with the total local population. The population of the two local wards - Catford South and Rushey Green combined was about 31,000 (2011 Census) so even accounting for Commonplace users from outside the area, the engagement achieved is very high.

As a result of the engagement, Catford achieved recognition of their approach in the Building London Planning Awards 2020. They were commended for their creative approach to community engagement and the use of Commonplace's digital platform to keep their residents involved in the conversation.

What makes a good place?

Throughout the engagement period Commonplace has delivered data reports to the council, which have been discussed by council members. The reports formed part of the brief that the council published in early 2018 for potential bidders to deliver the regeneration master plan. Here are some of the broad highlights:

You can view the full summary of the feedback so far here.

Learn more about the  Catford Commonplace

Using social media to boost Levelling Up engagement in Doncaster