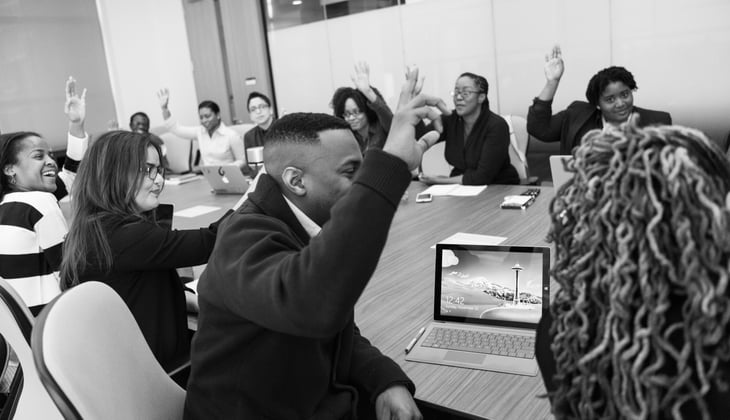 Face-to-face public engagement seems to be on the wane with the rise of social media campaigning. As an antidote, we are seeing more interest in Citizens’ Assemblies, which place personal encounter at their heart. But what if we can have the best of both? The depth and reflective practice of the Assembly with the wide participation and engagement of online engagement and social media?

We can. And it can work well.

Citizen engagement is at the heart of governance and of democracy. For democracy to work well it needs citizens that are interested and able to engage in decisions. The ways in which we are able to engage have transformed in the past few years. The obvious phenomenon is the rise of engagement through social media  - both communication platforms like Facebook, Twitter and blogs but also direct petition sites. We are increasingly discovering both the reach of digital engagement and the extent to which it is open to manipulation. Paid content, highly targeted exposure to one-sided content, and the creation of echo-chambers all contribute to greater polarisation. This at a time when issues facing citizens and  governments are perhaps more acute and complex than they have been in decades.

Partly as a reaction to the apparent failings of social media campaigning and to their ubiquity, there is a new interest in other methods of public discourse. The model of Citizens’ Assemblies has gained attention in the context of Britain’s Brexit debate. Supporters of the idea cite Ireland’s positive experience using a Citizens’ Assembly to advise on important topics - abortion, fixed term parliaments, referendums, population ageing, and climate change. Assemblies are seen as a positive means of involving citizens in policy-making, in a way that is open, diverse and seen as credible to people across policy divides. If politics are getting more tribal, managed face-to-face debate is seen as a way of breaching seemingly entrenched loyalties in pursuit of a compromise for the common good.

Citizens’ Assemblies are just one example of engagement that places face-to-face encounter at its heart. Architects and planners have developed the format of the Planning Charette and more widely, participatory planning. In these activities, citizens have access to experts to help shape ideas about their local environment and operate within a structured process for managing conflicting views. These processes are seen as being a key to obtaining public views in an alloyed manner and a way of enabling people with differing views to reach agreed compromises and ways forward. Because the process involved ordinary people, they are widely seen as productive and credible.

Nevertheless, the number of people who are actually ensconced in a Citizens’ Assembly is low. An organisation tracking Citizens’ Assemblies in the UK lists them as having 60-100 participants (1). This works and can work very well, but rather like a statistically “representative sample” it is not the same as mass engagement.

At Commonplace we often provide a “digital wrapper” for processes that emphasise the centrality of face-to-face activities. Recently, the London Borough of Camden used Commonplace in the run-up to its Citizens’ Assembly on the Climate Crisis. In a short period of just a few weeks, over 2,000 people visited the Commonplace websites that fed information to the Assembly. Through the websites, residents made 650 contributions.

In 2017, Commonplace supported a planning charrette in Havant, Hampshire run by architects Levitt-Bernstein. The Commonplace website was viewed by over 1,300 people (counting only those who engaged beyond the Landing Page - the total visitors to the site number over 1,800). 200 people responded online contributing 365 responses. Clearly, far more people engaged with the website than could practically attend the charettes and in that sense, the digital platform achieved its goal. The information received helped the design team to get a better understanding of the place, as well as helping to frame the workshops in terms of subject matter to be addressed.

In essence, the two models of  best practice - face-to-face and digital - combine to create a basis for change that is widely disseminated to the public, understood and engaged with.