Civic exclusion #2: How do we reach the silent crowd?

In the first blog of this series, we showed that civic exclusion was far wider than digital exclusion, yet is not discussed nearly as often.

About 10% of the UK population does not have internet access, and the ethnic group with the highest rate of digital exclusion is white. However, looking at Commonplace's wide set of engagement data, it’s non-white communities that tend to be under-represented, as well as younger citizens. Not in line with the digital exclusion statistics at all.

Indeed, given the web-use profile of these civically excluded groups, we would argue that digital engagement ought to be part of the solution, rather than being the sole focus of this “exclusion’ discussion.

The real challenge is to deploy digital engagement in a way that builds trust and makes these under-represented groups feel that it is worthwhile to engage with local projects. Overcoming a sense of powerlessness and alienation from the authorities in charge is the main challenge.  Web-based communications should be part of the strategy for addressing this challenge. We have been working with customers to build inclusion and accountability into their Commonplace websites and the way the websites are disseminated to the public.

The examples below focus on the successful reach to minority communities in Watford and young people in Newhaven.

Commonplace was asked by Watford Borough Council in mid-2022 to design an online platform for its Neighbourhood Grant Scheme. The Council was particularly keen to ensure that all communities were aware of the scheme and felt welcome to apply, overcoming civic exclusion as an issue. Commonplace and the Council then agreed to develop the online platform in three languages widely spoken in the community besides English -Tamil, Hindu and Urdu.

The results were very positive. It led to an unprecedented level of engagement on the Commonplace website from minority communities. 26% of respondents who provided their ethnicity identified as non-white, compared with a 28% non-White population identified in the 2011 Census. Overall engagement was also very high with over 13,000 unique visitors, 2,340 Respondents and nearly 11,000 contributions from people proposing projects and expressing their views on proposals.

The key insights and actions that helped drive this wide engagement were: 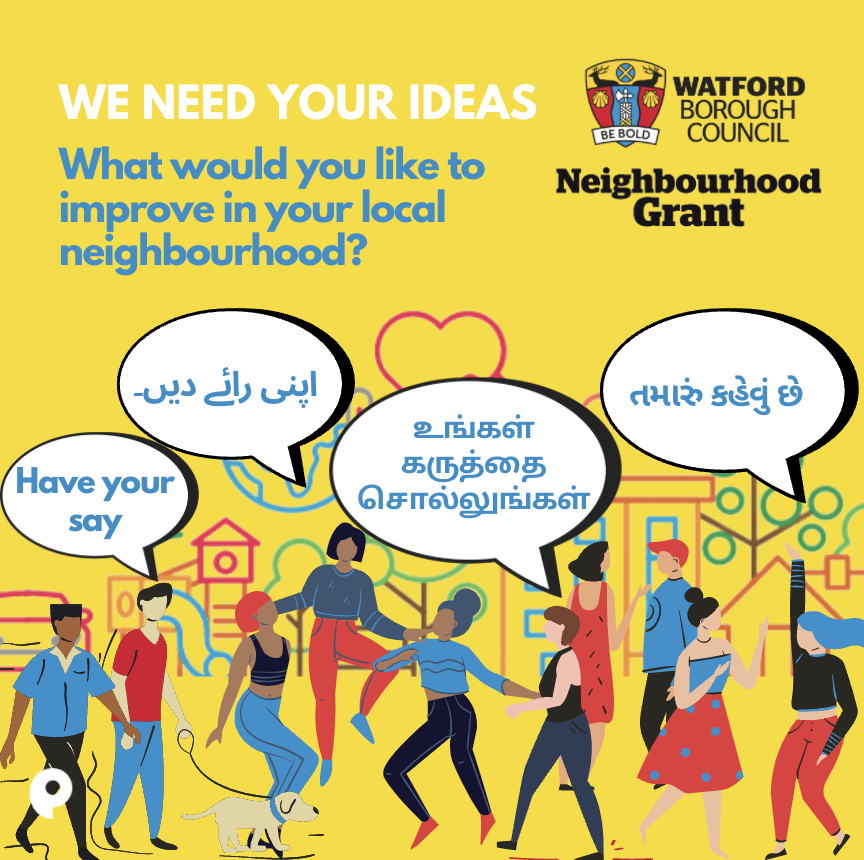 
In 2021, Newhaven received funding for a number of regeneration projects through the Towns Fund, which followed a 2020 award from the government’s Future high Street Fund.

Lewes and Eastbourne Councils operate a shared services framework for the area; the council had conducted a previous public engagement with the community and was clear that it wanted to engage the widest possible local audiences and especially young people. They adopted a digital-first approach with Commonplace at its heart, as well as a publicity campaign that includes digital and local publicity.

The engagement activity has been highly successful in targeting young people and bringing their views into Commonplace with 46% of respondents (to date) provided their age are under 24.

Key insights and actions that contributed to the success of the engagement exercise were: 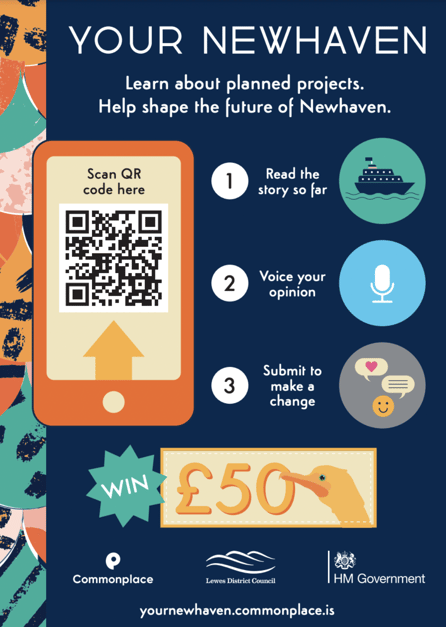 Targeted social promotions are an effective route to targeting civically unengaged groups. The targeted social media campaign that Commonplace designed and ran for Newhaven was a key to drawing young people to the engagement exercise. In the first half of the social promotion campaign, we reached over 18,500 people in the Newhaven area, generating over 2,800 unique visitors. The advertising imagery and wording created by Commonplace has produced a 5.2% conversion rate which is higher than average online advertising and means that the visitor and respondent counts doubled every week. Overall, social channels were responsible for over 40% of traffic and 14% of contributions.

Part one of this blog argued that we should shift attention from digital exclusion to civic exclusion. Our experience and methods reviewed in this instalment show how a digital-first approach can succeed in talking to populations often seen as “hard to reach”.

With greater digital engagement among young people and minorities, there is an excellent opportunity to narrow civic engagement gaps. Engaging these groups alongside a hybrid engagement strategy that addresses those who are digitally-excluded is the best mix. The reach of digital, its versatility and the relative ease of translation creates opportunities for greater civic engagement, not barriers.

The excluded elephant in the room: civic engagement

Communities, Maps and the Digitally Excluded