Do we need to sacrifice housing quality to solve a crisis? There has been worrying evidence recently that the quality of some new homes has been compromised. Now a new report suggests that the new neighbourhoods are also suffering from poor design and under-provision.

There are long-term consequences for communities if developers make savings - with the agreement of public authorities - on those elements that give communities their soul and tie residents to the neighbours around them.

Can we retain and improve quality? That’s the challenge set down by a report by the Bartlett Professor and urban design guru Matthew Carmona for the Campaign to Protect Rural England (CPRE). 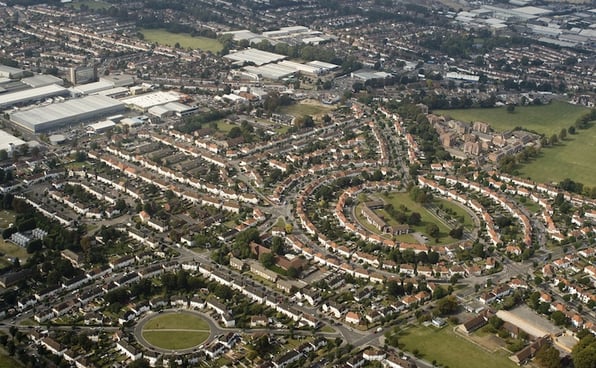 Whether it is documenting an indulgence for tarmac and car hardstandings; over-engineered road layouts that continue to discourage walking and cycling; minimal standards of energy efficiency or homes that lack architectural character, the report makes for difficult reading.

For CPRE, the growth of large scale low-density developments understandably presents an encroaching threat to Britain’s green and pleasant land. But beyond this there are also serious questions about how local authorities and developers work to build communities that people want to live in and that remain pleasant and desirable for the long-term. It’s a tough challenge

Developers are being asked to deliver new homes at speed and in a tight regime of financial viability. The financial considerations that are embedded into the UK’s planning laws have plenty of critics, increasingly from developers and planners alike. But without much sign of substantial reform, they provide a framework in which developers are able to safeguard their financial returns by cutting back in other areas, like design and place making.

The pressures of growing build and material costs, the availability of land with access to good infrastructure, as well as planning obligations have all contributed to what Carmona characterises as ‘mediocre’ developments. In the worst-case examples, designs and whole developments should never have been given the green light.

What role to local authorities need to play?

Local authorities, developers and communities each need to play a part in building the best for the future.

Local authorities, the report argues, should be more interventionist: insisting on adherence to design guides and local planning authorities willing to send developers back to the drawing board.

This is not straightforward, though. Local authorities are under pressure to speed up house building, or they risk missing their housing delivery targets. Failure to hit binding government targets could well see them stripped of the very powers of place-shaping they need to tackle some of the worst aspects of poor design, as well as forcing them to turbocharge the supply of land to be earmarked for building.

For the communities they impact, the growing unease over the pace and scale of change leaves planners and local politicians alike having to balance a growing chorus of dissatisfied voices. Amplified on social media platforms, carefully negotiated proposals over density, affordability and design face greater exposure to criticism, often unforgiving.

Against these pressures that the report identifies, there are also examples of good practice emerging that engage people in more considered and deliberative conversations. The growing use of community review panels has provided opportunities for built environment professionals to sense check proposals.

By engaging a small group of concerned citizens, developers and local authorities alike are borrowing the kind of thoughtful deliberations already common when panels comprising external experts, architects, surveyors and planners are convened to review design proposals. In these structured conversations all parties can explore and weigh the impacts and compromises required to shepherd a development scheme through a complex web of planning policy and public support.

What role to local authorities need to play?

At Commonplace, we make that conversation even bigger. Our digital platform enables a wide-reaching, effective way of engaging people in that dialogue, strengthening and complementing traditional face-to-face engagement by reaching into hard to find spaces. We’ve shown that it works.

After over 750 projects, with 2 million people using us, we are as confident as ever that good growth and great development can be achieved when you open up the planning process and make everyone a participant in a collaborative dialogue.

By going digital, we’ve proven that there are scores of people eager and willing to participate in meaningful and positive conversations about how the communities around them are planned and changing. Our tools are bringing even more voices, diverse and of all ages into an environment in which people themselves get to decide the compromises they are willing to make on the competing challenges of housing supply, affordability, design, sustainability and much more.

We’re giving local authorities and developers a direct line into the beating hearts and souls of the communities they create and sustain, and through that work to restore the trust and confidence that people can own and control the neighbourhoods they live in.

What Next: Digital Engagement

Engaging for the Future: because now is the time to get it right

Building longer term plans: An interview with the Quality of Life Foundation