Recently Commonplace had the pleasure of attending the London Conference 2022. The capital has seen its fair share of change (both positive and negative) over the past year and many policymakers and experts had a lot to say about what needs to be done for the sake of the millions who make this city their home - and to figure out the proper relationship between the Capital and the rest of the UK.

The Centre for London’s London Conference is one of the highlights of the London public policy and political calendar, bringing together the brightest minds from the government, the private sector, and the third sector. The theme of this year’s conference was Does London Work? A simple question but one with many long and detailed responses. For many within the city, the short answer is no. For all of London’s great successes over the years, daily struggles made worse by the cost-of-living crisis, high rates of pollution and poor health outcomes for London’s most vulnerable, many people are unable to access the full opportunities a world-class city like London affords. One thing made clear by almost everyone speaking at the conference was that for London to work for everyone who lives works and plays within the capital, change is needed - and needed soon.

If you were unable to attend the event (or if you did and would like a refresh), we’ve gathered some of the most interesting speaking points to showcase what the senior leaders in this industry believe is needed to make London a better city for everyone. 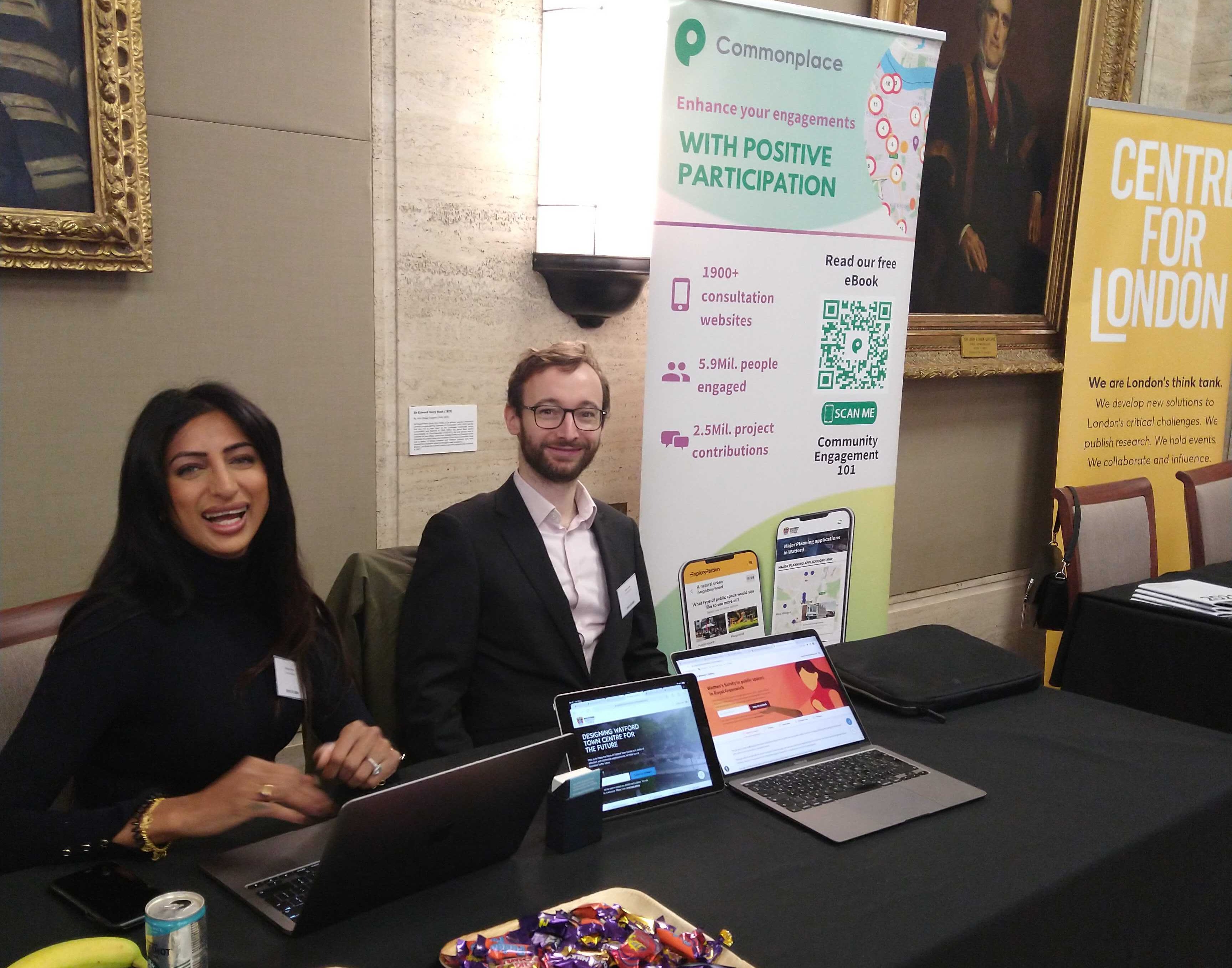 A city in need of change

The mood of the conference itself was definitely one of both defensiveness and defiance. Defensiveness in the face of a trend from central government to present London as the problem - supposedly sucking resources that would be better allocated for levelling up elsewhere. Speakers were at pains to point out the huge scale of deprivation in London, exacerbated by the capital’s housing costs and shortages. But defiance as well, from those pointing out how critical the London economy is to the nation’s GDP; how its infrastructure is the gateway to all of the UK; and pointing out the resourcefulness and capabilities of London’s people, enterprises, the cultural sector and civic society. In short, the city does have a problem with poverty but also has some of the resources and resourcefulness to tackle it, if not all the resources, powers and distributive mechanisms that it needs.

Many speakers were passionate about calling out the wealth disparities of London despite generating almost 25% of the UK’s GDP and being a financial hub for the country and the world, many of the capital’s residents are not thriving financially. Home to almost 9 million people, 17% are on universal credit - equivalent to almost the entire population of Birmingham. The number of homeless people within the city matches the population of Oxford. Millions of people are struggling in one of the UK’s and the world’s most affluent cities.

The chief executive of the London Borough of Sutton noted that if you take away capital spending, spending per capita in London is lower than in some other places. Infrastructure quality is also very uneven across the city. As she pointed out, Sutton itself has not got modern mass transport - nothing like the services provided in the inner city.  It was also argued strongly that the investment in London's infrastructure benefitted all of the nation and “UK Plc”.

There was also an acknowledgement that as times become harder, London can learn from regions that have enjoyed fewer resources. Cllr Elizabeth Campbell, Leader of the Royal Borough of Kensington and Chelsea observed that wards in the north of her borough were among the poorest anywhere. She wanted to look at Birmingham and Manchester for models of innovative funding of infrastructure.

Other key points brought up included:

Creating a brighter future for the city

The speakers and panellists were not all doom and gloom, however.  It was also noted that  London itself has enormous resources and wealth. How these can be used and allocated sparked an interesting conversation between leaders attending and speaking.

While London does have large areas of dereliction or former dereliction such as Earl’s Court, Battersea Power Station; Stratford; Canary Wharf and Kings Cross, there is an opportunity here to utilise these areas with the wants of a post-Covid and post-Brexit community in mind. This can be done by using the thoughts and wants of the exiting citizens around these areas.

“Anyone doing strategic local plans for strategic areas should look locally at the local drumbeat, but also consider the contribution to UK Plc. These mega-projects take decades and are part of lifting all the UK.” Rob Heasman,  Earl’s Court Development Company

London itself can be seen as the gateway to the rest of the UK. As a small country, the power and influence of the capital are far-reaching.  In his opening conference address, Mayor of London, Sadiq Khan stuck to the defiant note, pledging to make London better for all those living and working within the boroughs. London is failing to work for those who are unable to keep their head above water, but it doesn’t have to remain that way.

He stood firm that London stands tall as a beacon for diversity and inclusion and that will continue onwards. He talked about his impact on reducing crime and achievements in embedding the London Living wage. Achieved record affordable housing, more council housing since the ’70s, clearer air, and incredible infrastructure projects.

He did however warn that ‘Austerity 2.0’ is not the way forward or the route to sustainable growth and prosperity.

If the central government is heading towards a new era of austerity, then more than ever, levelling up will become a local concern. At Commonplace, we’ve worked with multiple cities in the north to help define levelling up at a citizen level. At its core, it means different things at a local level regardless of the government criteria e.g this may mean more GPs, more classrooms, better lighting conditions, an improved library space rather than the developments on a wider scale. This sentiment is something carried over to the citizens of the capital as well when it comes to their own levelling up wants and needs. Swagger can only get you so far if you don’t have the mechanisms for sharing wealth to improve areas- that’s as true of Liverpool as it is Tower Hamlets.

London as ever is a super-nuanced topic to talk about, as was shown by the breadth of discussion at the conference this week. Our experience from a country-wide perspective around the UK, suggests that communities if given the opportunity, are well able to express what levelling up means to them. The routes to it may differ but the desire for dignity and opportunity are held in common in London as in the rest of the UK.

If you'd like to see how these discussions can be brought forward with the community using digital engagement tools, just book a free chat with our expert team below.

How to deal with negative community engagement