Engage with your communities in their native tongue

Welcome, Croeso and ਸਵਾਗਤ ਹੈ (Savāgata hai) to our latest update, the enhanced multi-language feature (including some right-to-left languages). We’ve been working hard to ensure our customers can reach and include as many members of their community as possible, and what better way to do this, than communicate with them in their own language?

Since announcing the launch of the multi-language feature last year, we’ve taken engagement with communities to a whole new level. It was first used for a number engagements run by the Welsh Government. Inclusivity was crucial for their consultation and in order to be compliant, they had to provide access to information in both the Welsh and English languages. We therefore built a Welsh language option into the platform to enable equal access for the Welsh speaking community. The Project officer at the Welsh Government, Jane Lorimer, had this to say:

“Working with Commonplace to adapt the system for use in Wales has been really straightforward and efficient. They have understood the statutory needs for accessibility and language parity and have been flexible and accommodating to ensure our requirements were met. I also highly recommend Commonplace to clients who are in similar situations where designing a single template for use rolling out across several different areas is the requirement.” 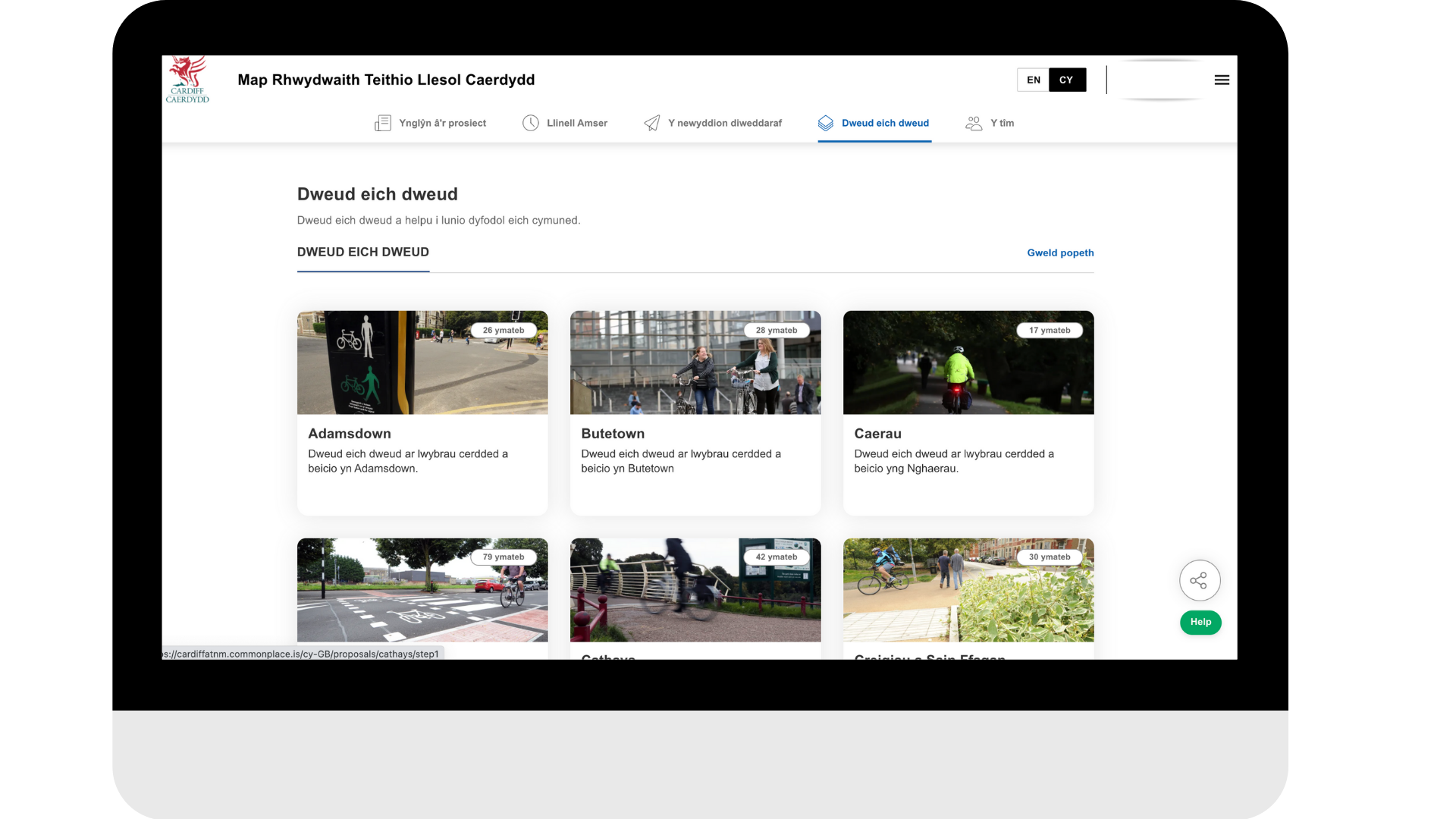 Now the feature is available to all of our customers looking to enhance their community engagements, by overcoming any possible language barrier.

We have had engagements in other languages before (German, Welsh, Punjabi and Urdu), but now we’ve made a few changes to the platform to simplify the process, making it a better experience for all. So, if you have some projects requiring this feature, do get in touch.

Want to know if your community’s language is available with our translation feature? Contact us.

So, how does it work?

This is an additional feature, which does come at an extra cost, so once you’ve spoken with the Commonplace team and decided to go ahead, you can simply submit your project content in English, and we’ll sort out the translation. You’ll have the option to request either machine translation, or human translation, with translations turned around in super quick time.

There are other ways to go about getting your project translated. These involve your own third party solutions. You might find the free translation services built-in to your browser sufficient, but it is worth noting that these can produce inaccurate results. You could also consult your own translator, and use the ‘edit mode’ to input both the text in English and the text in your chosen language. There would still be a cost incurred as we’ll still need to provide the translation of the fixed Commonplace text that is shown on every project.

When all the required languages are in the system, you can decide which one you would like to make the default language, and everything is set to go!

What does this mean for the user?

This means when your communities land on your project, they have the pleasure of being welcomed in their mother tongue. Or, if you’ve opted to have English as the default language, they can simply access the alternative language(s) using a toggle (for one other language) or a drop-down menu, et voila!

You can fill in a form or speak to a member of the team and we'll get the ball rolling.

As an engagement platform, we are proud to say we’ve helped our customers reach over 4 million people across the UK, and beyond. That’s more than the population of Los Angeles, a city in which roughly 185 languages are spoken. Our recent blog on the minimum standard of good engagement  outlines the key role inclusiveness plays in accessibility. Think about how many languages are spoken in the communities you’d like to engage with. Can this feature help you include and collaborate with more of your community?

This feature is now live. Get in touch to find out more.