Levelling Up white paper: How to achieve pride in place & Co-opt the community

The government's Levelling Up white paper is finally here! What does this mean for planning and the built environment and what could happen in the coming months? Read on to see how community engagement could be used to shape places even more.

Open communication with the community is a huge part of Levelling Up any area. Our team of experts will always be here to show you how, so why not book a Demo and see?

The government’s long-awaited Levelling Up white paper has at its centre twelve ‘Missions’ to level up the UK. It puts forward a smorgasbord of ideas, many of which could accelerate the trend of local democratic enhancement through a greater say for local people and communities. But what it provides in breadth it often lacks in detail.

Buried deep in the report (on p.227) is perhaps the remains of the Planning for the Future white paper. If so, many of the more radical proposals have ended up in the long grass. What remains are the commitment to design codes, enhanced community involvement and digital tools fuelled by data.

The Levelling Up white paper is imbued with community language: there are 451 appearances of the words ‘community’ or ‘communities’ in the paper (which is admittedly 297 pages long). This is where there is an opportunity to radically re-shape the way that communities interact with their places. To get this right, open, trusted and constructive digital engagement tools will have a major role to play in energising this vision. And then it could be transformational.

There are a few particular proposals that we think are worth highlighting:

20 towns and cities will be funded to undertake ‘ambitious Kings Cross-style regeneration projects’ to transform derelict brownfield sites into new communities. The promise is that alongside investment in high streets, green space and communities, this will increase pride in place, ‘such as people’s satisfaction with their town centre and engagement in local culture and community’, in every region of the UK. Town centre regeneration projects such as our work in Catford have demonstrated the power of using digital tools to pro-actively listen to a community: a huge database with tens of thousands of data points demonstrating community needs that were built into the new masterplan.

Potentially one of the most radical proposals in the paper, but there is little detail: ‘These would be agreements between councils, public bodies and the communities they serve, seeking to harness the energy, know-how and assets of local communities. They would also set out how local social capital and infrastructure can be built and sustained to encourage confident and active communities’. Further details are promised later this year. If this idea can build on the work that neighbourhood planning and community development trusts have started, and can create a way to use new tools such as digital engagement then it could be valuable. 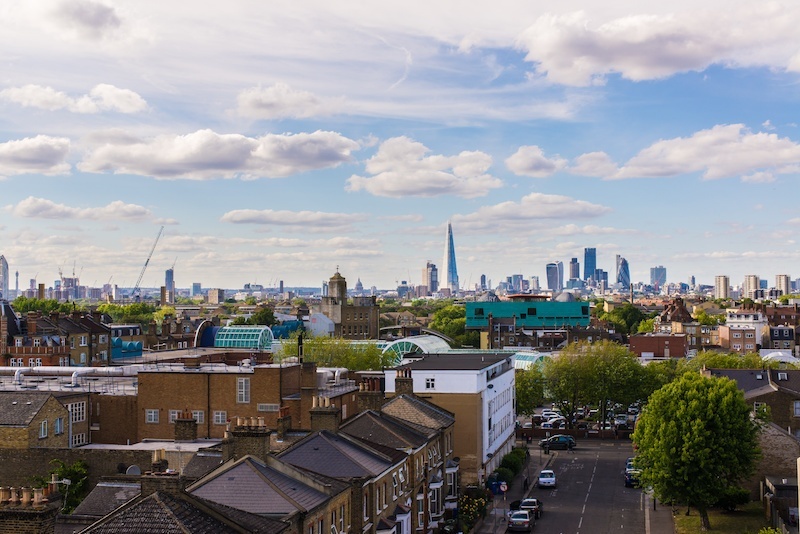 The white paper also includes £5bn of funding for buses and active travel during this Parliament, which requires extremely open engagement to counter distrust and polarisation - something we know from our experience of over 60 active travel projects, that digital engagement can do at scale.

What remains consistently true across all of these ideas is that they will only bear fruit when the community is co-opted into a meaningful role of co-creating it. And this will have to be done at scale using digital tools as well as more traditional community engagement.

Moreover, there will be a staple requirement for engagement tools that are designed for trust, where openness breeds collaboration and positivity is a design principle.

Our data from over 1,500 transport, housing, planning and community engagement projects shows that this is possible: 66% of people are supportive of proposals on Commonplace, even when these include some of the most controversial projects in the country. That is because they have been involved in a continuous conversation that has connected them to their place.

You can listen to what your community wants with a free Commonplace Demo. Our friendly expert team are always around for a chat!

Ten tips for getting the most out of Commonplace