The term Low Traffic Neighbourhood (or LTN) has moved from technical language to the mainstream. From social media to headline news, it’s become a divisive topic for many due to the changes in traffic patterns, especially for cars, where they are adopted.

Find out how you can talk to your local community about the impact of LTNs by having a free chat with our team!

The idea of low traffic neighbourhoods is not new. Since the 1960s, the design of new towns has included segregating car traffic and routing it around residential areas. In older-established localities, reducing rat-running is a common traffic policy. What seems to have changed in recent years, accelerated by the pandemic, is the much wider application of low traffic neighbourhood principles and an attempt to weave them into a systemic change in transport habits.

There have been multiple motivators for this change. High levels of air pollution in residential areas and the health damage they cause; the fitness benefits of active travel; making more space for public transport; reducing carbon emissions and most recently, making space for social distancing, have all accelerated the change in policy. Over the course of 2020-21, 72 low-traffic neighbourhoods were created under emergency legislation in London, covering a population of around 300,000 people. Similar policies, supported by appropriate national governments, were enacted across the UK.

Commonplace has been used heavily by local authorities to inform and engage local communities around LTNs. Like with all websites we deploy, we want to create the opportunity to power positive participation in local planning decisions, which means making it as easy and transparent as possible for people to comment on proposed changes and how they feel when changes are implemented.

We’ll show you what low-traffic neighbourhoods aim to achieve and how to facilitate an open and honest conversation with the local community around them.

How do low traffic neighbourhoods work?

Doing what they say on the tin, LTNs are a scheme where motor vehicle traffic in residential streets is greatly reduced.

This is done by limiting access by vehicle traffic in the street and creating a more pedestrian and cycle-friendly space. To achieve this, low-traffic neighbourhoods are often made up of:

How to engage the community around LTNS 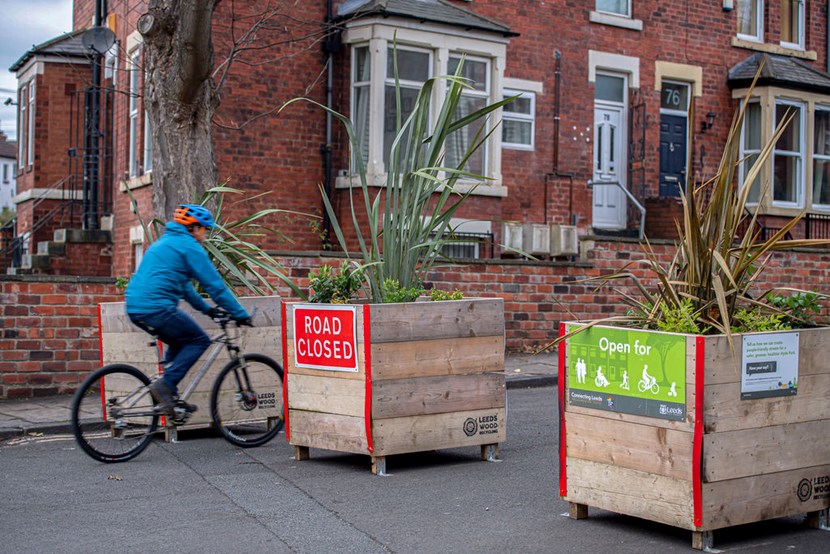 LTNs need the support of the local community to be a success. This means making the goal and process of the project clear and giving the community an easy and accessible way to view details and comment:

In 2020, Forbes revealed that many decisions regarding LTNs were being swayed due to backlash on social media. Research by Twitter expert Jimmy Tidey around LTNs explored how a small number of accounts can convince themselves and others—including councils—that their opinions are the mainstream ones and that they represent both the main and silent majority.* However, a 2020 YouGov poll contradicted this, showing strong public support for active travel measures including LTNs. Another poll run in October 2020 indicated that 65% of people across England supported changing road space to improve cycling and walking routes in their local areas.* So which side is the prevailing opinion?

One way Commonplace can help with this is by creating a neutral and, most importantly, judgment-free space to discuss and leave opinions about low traffic neighbourhoods. It helps to gather the thoughts of as much of the community as possible rather than a loud minority. Ease of access is also crucial. With all our websites being mobile-first, it’s easy to leave a comment at home or on the go whenever the thought occurs. This also helps get residents’ direct insight into local issues, the types of traffic during the day as well as an overview of the areas to which traffic gets dispersed because of LTNs. These are all factors needed by local planners and can only be found from willing local input.

Let’s take a look at an example.

At the beginning of the COVID-19 pandemic, Lewisham Council decided to implement temporary measures to support safer walking and cycling in the borough. This became the Lewisham and Lee Green Low Traffic Area. Part of this scheme came in the form of an engagement website, Safer Streets Lewisham, to understand public reaction to the changes being made during the summer of 2020. Measures included:

Public reaction was recorded on a heatmap where problems and suggestions could immediately be addressed. Multiple news alerts were sent out to subscribers so the public could see clearly the council’s reactions to comments left - sometimes several hundred each week.

The Council opted for Commonplace when developing the new measures as they wanted to focus on being able to capture and interpret data from the public. Plus,  it was already compatible with the Council’s highways databases. The Commonplace platform could also be used to quickly promote decisions to make these changes as there was some urgency to implement these temporary measures during the crisis.

Changes were made throughout the year, with comments from the public causing an adaptation of the LTN in October as part of their borough-wide Transport Strategy which aimed to reduce car use and improve air quality for everyone.

It’s clear that the discussion around LTNs is far from settled. From opinions in the recent local elections to the passionate voices heard on social media, this is a scheme that will likely always come with strong opinions on both sides. Whatever the local people’s thoughts on low traffic neighbourhoods, they deserve to be heard and acknowledged. If you’re looking to find the general sentiment around LTNs in your area, get in touch below! Our experts will be more than happy to get your engagement process started.