Travel infrastructure in the UK is constantly changing and improving. With governmental pushes to improve sustainable transport and story after story about the standard of parking and road safety within the country, you’ve no doubt seen or even participated in a number of local or national travel surveys. In this blog, we’re going to show you how these consultations are built and how to gather ideas from your community to shape safer, sustainable and more inclusive transport networks.

Travel is something that affects almost all of us in our daily lives. From commuting to work to the school run, to travelling to other parts of the UK for business or pleasure, it can be easy to take for granted the work that goes into the infrastructure that allows us to get around. That includes the work of the average citizen giving their views to help improve roads and travel schemes.

Let’s take a look at some examples of the most common engagement subjects around transport and the best ways to start an open and positive conversation with the community:

If you already have an idea for your next travel engagement, see how Commonplace could help right now by chatting to one of our friendly experts.

One of the largest walking and cycling projects we’ve been a part of is the national active travel scheme across all of Wales. 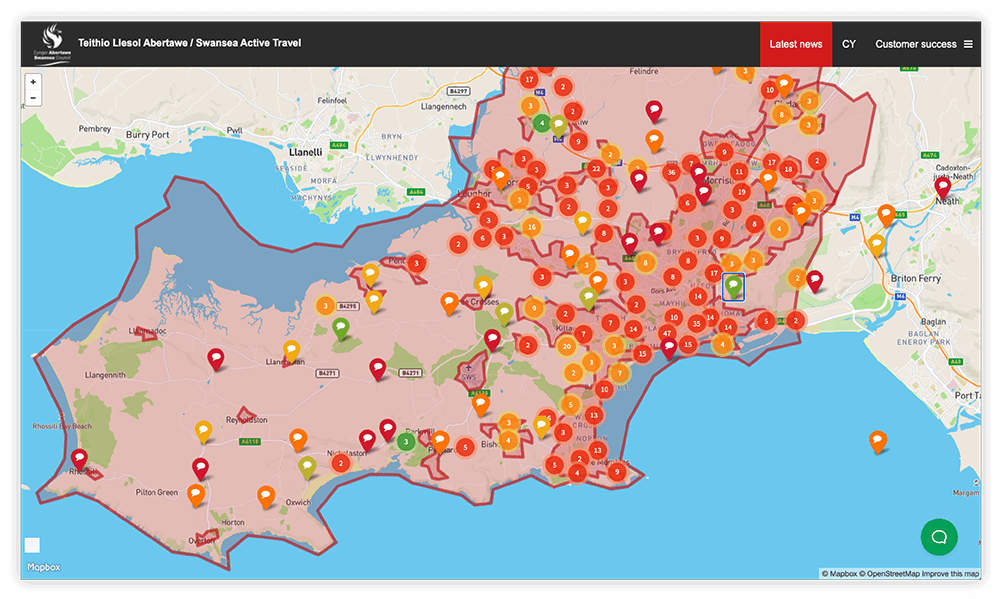 Every three years, all local authorities across Wales update their active travel network plans. This is part of their commitment to the Welsh Active Travel Act 2013 which ensures all Welsh citizens get the opportunity to be involved in planning the future of active travel. This act identified settlements throughout Wales as priority areas that have the highest potential for more people to choose to walk or cycle.

From Anglesey to Bridgend, various local authorities within Wales launched active travel consultations to engage communities and gather information. The scheme was designed so that each of the 19 local authorities that chose to use Commonplace each have their own project page. This provides all information about the project and serves as a hub to gather real-time views of a broad cross-section of people. This ensured that their active travel network plan was built on solid foundations and with the support of the community.

This helped close the loop on the entire process and show that community needs are reflected in these plans. 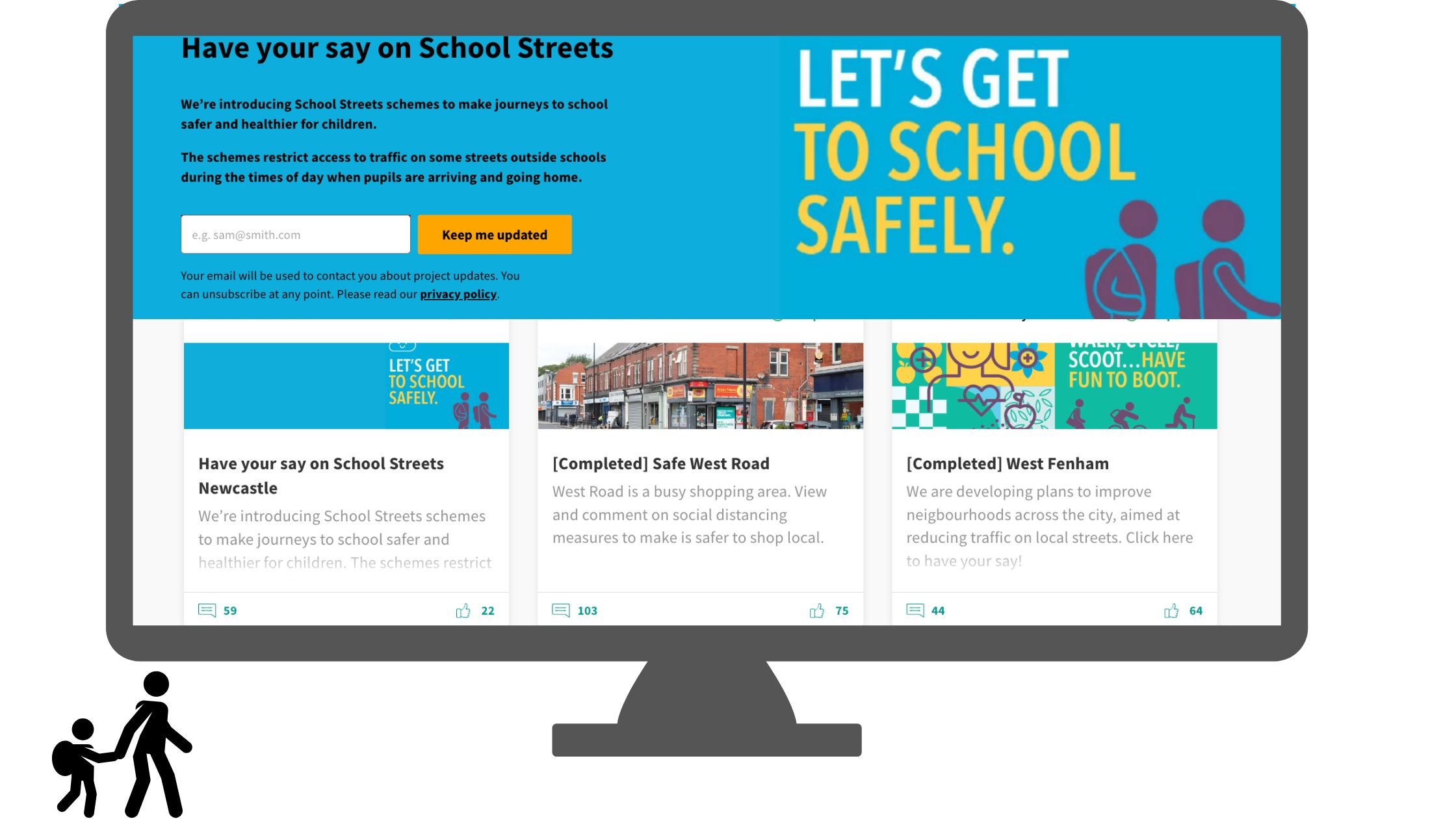 Car use remains the most popular form of transport for the school run, but the narrative around school travel is changing fast- especially when it comes to safety.

Launched in June of this year, Newcastle City Council introduced School Streets schemes to improve journeys to school and make them safer for children. In a nutshell, the schemes restrict access on a number of streets outside schools when pupils are arriving and going home from school. During these closures, traffic is not allowed to drive through those streets nor will parents or carers be able to stop there to leave or collect children. While some residents and drivers, like blue badge holders, will still have access to the street,  other traffic will have to use alternative routes during these times of day.

These School Streets schemes were designed by the council to keep the roads outside schools clear to keep pupils safe from traffic as well as reduce air pollution and encourage more active transport choices for families at this time - including walking.

To gather feedback over the next six months, each separate school area has a Commonplace with a survey attached where the community can leave their thoughts and opinions on the Safe Streets impact. Each answer is open to the public to keep the consultation transparent- even when consultations have finished. For example, here.

The entire consultation period will be six months and, once concluded, the council will review the feedback received and decide which measures are working and which can be removed or improved.

How easy have you found it to park your car in different areas of the UK? Waltham Forest council recently ran a consultation to review a number of Controlled Parking Zones (CPZs) and improve the area for residents.

Before the project was launched, the council had received a number of complaints about parking issues within the Market East CPZ from both residents and businesses. They built the project on a foundation of feedback from the existing 2018 resident and business survey with a plan to replace the existing Market East CPZ area with a series of smaller zones that have operational times more tailored to the needs and requirements of residents, businesses and community facilities.

Since this included boundary changes to the Market East CPZ, the Council used Commonplace to seek residents' views, particularly on the idea of introducing resident-only parking bays, which may protect residents' parking and reduce parking conflict between businesses and local residents. To do this, the engagement website has dedicated pages for each new CPZ area where you can find further information specific to different roads. Residents can then respond in detail about the new parking rules like the proposed operational days and different parking times. Each area is also handily highlighted in a table as well as on  a detailed map to clearly and visually show the different areas that will be affected. 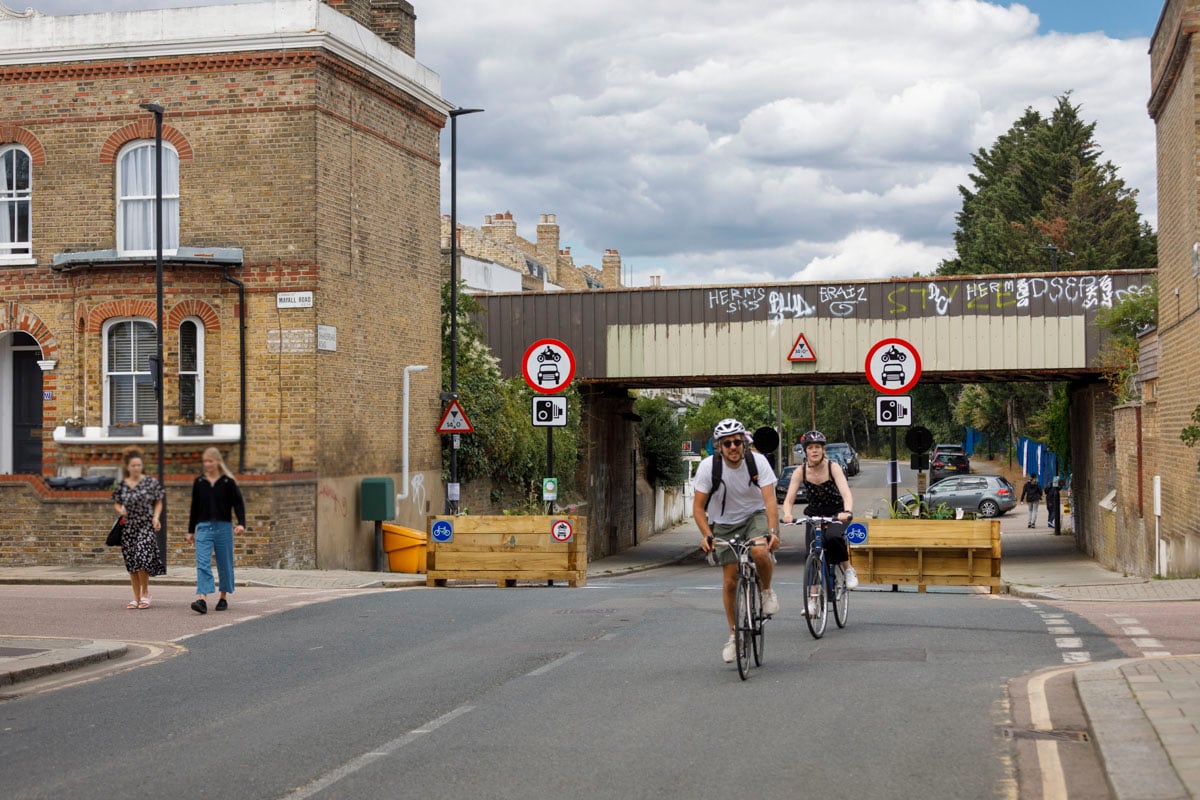 Low traffic neighbourhoods (LTNs) have caused a bit of a stir in recent years. From social media to mainstream news, it’s become a divisive topic for many due to the changes in traffic patterns, especially for cars. However, this hasn’t deterred many local authorities from implementing them and surveying the public on their thoughts.

At the beginning of the pandemic in 2020, Lewisham Council decided to create a LTN to encourage safer walking and cycling in the borough, especially for essential workers during the first lockdown. Part of this scheme came in the form of an LTN engagement website, Safer Streets Lewisham, so they could understand public reaction to the changes and track public sentiment. These changes included:

Public reaction was recorded on a Heatmap so problems could immediately be seen. Multiple news alerts were sent out to subscribers so the local people could see the council’s reactions to comments left - sometimes several hundred each week.

The Council opted for an engagement website when developing the new measures as they needed to focus on capturing and interpreting data from the public, something easily done in the Commonplace dashboard. Plus,  it was already compatible with the Council’s highways databases. The News Feed was also used to quickly promote decisions made as there was some urgency to implement these temporary measures.

Thanks to comments from local people, changes to the LTN were made throughout the year including an adaptation of the LTN in October as part of their borough-wide Transport Strategy that aimed to improve the air quality.

Opinions can be heated when it comes to LTNs, but remember that negative comments on a consultation don’t mean that proposals are doomed to failure. Having an open consultation means being transparent about all objections raised too and gives the opportunity to tackle issues head-on while exploring why people may feel this way.

Check out our full guide on the best way to deal with negative comments on an engagement.

How are you trying to improve travel in your area? Have a chat with one of our expert team members to see how a community engagement website could be the right choice for you.